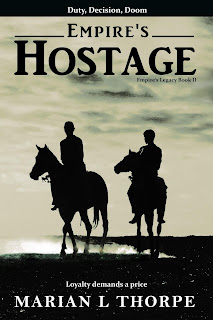 I was given a free copy of this book in exchange for an honest review from the author via Rachel's Random Resources. All thoughts and opinions expressed in this review are my own.

For fifteen months, the Empire and the northern people have been at war, but a truce is finally at hand. As part of this treaty, Lena, now a Guardswoman on the Wall, is asked to stand as a hostage, to go north to live and learn among the people of Linrathe. But not everyone there will welcome her. As Lena learns more of the history of both her land and the north, a new threat emerges, one that will test her loyalty to its limits, and in the end, demand a price she could not have envisioned.

I received a free copy of this book in exchange for an honest review. All thoughts and opinions expressed in this review are my own.

Empire's Hostage is the second book in the Empire's Legacy trilogy. In this book we continue on with Lena's story. We join Lena while the war between the Empire and Linrathe is still occurring. The emperor soon requests a favor of Lena, go to Linrathe as a hostage so they can have a temporary truce while the armies on both sides rebuild their supplies and recover. Lena agrees, but she never expected what being a hostage would mean. Now with the truce signed and witnessed Lena must find a way to survive being a hostage or forfeit not only her life, but the life of a second hostage as well.

Lena, in my opinion, is still an awesome main character. I absolutely love her. In Empire's Daughter we see Lena as this tough girl who was able to just slip into a new role of fighter and cohort-leader. She appears to be strong and unbreakable taking every challenge thrown at her. Now she is faced with an even greater challenge that could have even greater consequences. Through everything she faces, we see Lena's vulnerable side start to break through. We see her emotional growth in a way that makes her more human and less hero. Basically in the beginning we see strength and triumph, now we're seeing vulnerability and fear and personally, I can not wait to continue on with Lena's journey in the third book Empire's Exile.

The only thing I could think of that would be off-putting in this book, is how certain things are too conveniently worked out and wrapped up. While I didn't find this to take away from the story it is something to expect if that is something that bothers you.

There is something so special about Lena's story. It's one that you can just simply get lost in. The pace isn't slow but it isn't heart racing either. It is a beautiful combination of calm and excitement that just keeps your attention until the story is done. If there is one thing Thorpe is able is do, it's grab you from chapter one and hold on tightly until she has finished telling the story. Marian Thorpe is one of my new favorite authors and I am beyond excited to get back to Lena's story in Empire's Exile. 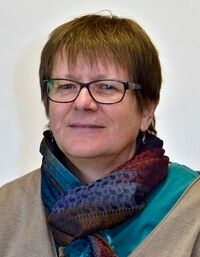 Not content with two careers as a research scientist and an educator, Marian L Thorpe decided to go back to what she’d always wanted to do and be a writer. Author of the alternative world medieval trilogy Empire’s Legacy, Marian also has published short stories and poetry. Her life-long interest in Roman and post-Roman European history informs her novels, while her avocations of landscape archaeology and birding provide background to her settings. 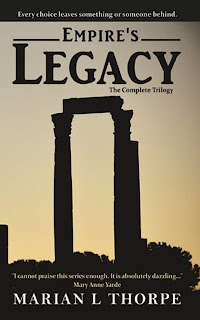 *Terms and Conditions –Worldwide entries welcome. Please enter using the Rafflecopter box below. The winner will be selected at random via Rafflecopter from all valid entries and will be notified by Twitter and/or email. If no response is received within 7 days then Rachel’s Random Resources reserves the right to select an alternative winner. Open to all entrants aged 18 or over. Any personal data given as part of the competition entry is used for this purpose only and will not be shared with third parties, with the exception of the winners’ information. This will passed to the giveaway organiser and used only for fulfilment of the prize, after which time Rachel’s Random Resources will delete the data. I am not responsible for despatch or delivery of the prize.

All Hallows by Christopher Golden REVIEW

All Hallows Christopher Golden 🌕🌕🌕🌕🌑 Blurb With the 80's nostalgia of Stranger Things , this horror drama from NYT bestselling au... 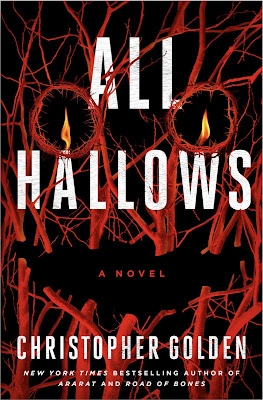 77 members
I am beyond excited to be introducing the very first Four Moon Reading Challenge. This is the first reading challenge I've ever created so even if you don't participate I appreciate you even taking the time to visit this post. If you choose to participate and/or post any content on social media please use the hashtag #fourmoonreadingchallenge so I can send some love your way.


View this group on Goodreads » 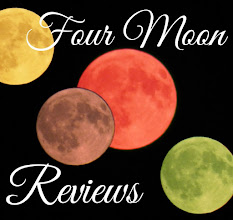